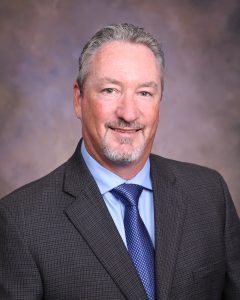 SouthTrend was formed in 1992 by Craig Rathbun, CCIM, former director of the Melbourne Florida Economic Development Council, and former Political Director of the National Association of Realtors in Washington, D.C..

SouthTrend specializes in commercial real estate property and asset management. SouthTrend serves a market area that reaches as far south along the Florida east central coast to Palm Bay, and as far north as Titusville and the Kennedy Space Center. SouthTrend Realty currently manages and leases 649,000 sf of office, industrial, self-storage and retail space in Brevard County. Adam Rathbun has personally brokered approximately $12,000,000 in commercial sales and $20,000,000 in commercial leasing since 2000.  In 2015, Adam Rathbun teamed up with Mike Ullian, CCIM, SIOR of The Ullian Realty Corporation in Melbourne and all of his sales and leasing transactions are now done under The Ullian Realty Corporation.  For more information on Ullian Realty or to reach Adam regarding the sales or leasing of your property, please visit www.ullianrealty.com.

Craig Rathbun’s successor, Adam Rathbun, CCIM, is on the Board of Directors of the Florida Commercial Brokers Network, which is a network of distinguished commercial real estate brokers throughout Florida.  Adam Rathbun is a licensed member of the esteemed Certified Commercial Investment Manager Program (CCIM), which is one of the highest designations a commercial realtor can receive.  Adam is a member of the Space Coast Board of Realtors.  Adam graduated from the University of Central Florida in 1996 and has been the President and Broker of record of SouthTrend Realty since 1999. Adam served on the board of directors for the Haven for Children in Brevard County from 2006-2008.

In his personal life, Adam has been married since 1999 to Kimberly Rathbun and they have two teenage daughters.  Adam enjoys fishing, boating, golfing, camping, travel and has been competing in professional BBQ contests in Florida since 2015.